Though not something I’ll post about often, I thought I’d fill you in on a life event of mine. On Tuesday, November 4th, my girlfriend and I went up for a few hours to Whitby, a seaside town in North Yorkshire. It’s home to the Whitby Abbey and to a slipping geological fault. Cpt. James Cook served there during his apprenticeship, and it is the home of the Magpie Cafe, which, supposedly, serves the best fish-n-chips in England. Also, part of Bram Stoker’s novel Dracula was set in Whitby.

We had lunch and went up the 199 steps leading to the Whitby Abbey, though viewing for the actual Abbey was closed for the day. We made our way back down the 199 steps (we counted this time) and down to an outer walkway into the ocean. It was there, in the final beams of sunlight, that I popped the question and asked my best friend to marry me, “Vil du gifte deg med meg?” 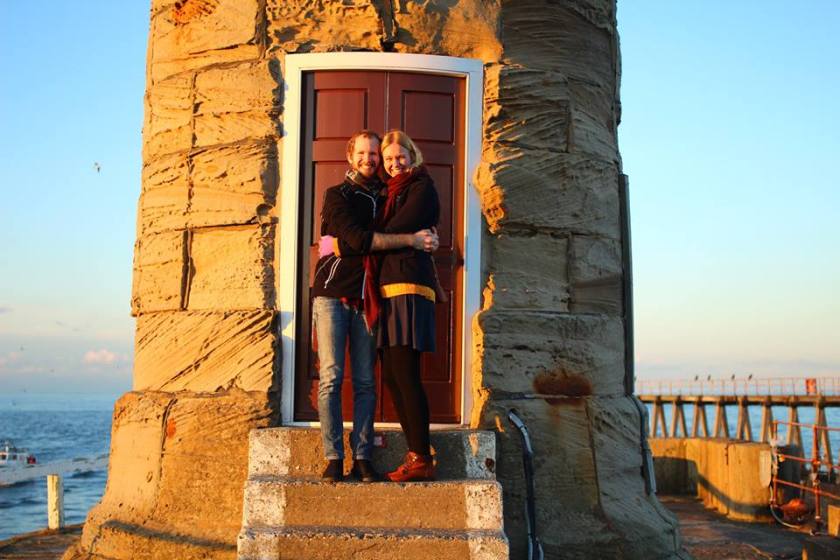 She said ‘Yes’, of course. For now, we’re going to finish this semester in York. I’ll finish teaching 2 Corinthians and then we’ll see what the next semester will bring. One thing’s for certain, there will be plenty of planning to do for our Norwegian wedding.

One thought on “New Times Ahead”