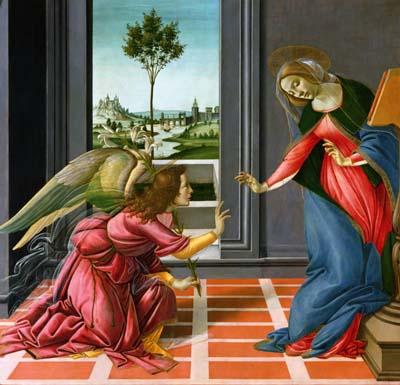 In my last post we looked at some of the original context of Isaiah 7-9 in dealing with the prophecy of the “virgin birth.” According to Rikk Watts, the “virgin” here is not a virgin giving birth, but a young maiden who will give birth, and this birth would point to God being with (or against) King Ahaz and all of Judah.

But What’s Going On in Matthew?

Matt 1.20-23 says, “But as he considered these things, behold, an angel of the Lord appeared to him in a dream, saying, ‘Joseph, son of David, do not fear to take Mary as your wife, for that which is conceived in her is from the Holy Spirit. She will bear a son, and you shall call his name Jesus, for he will save his people from their sins.’ All this took place to fulfill what the Lord had spoken by the prophet: ‘Behold, the virgin shall conceive and bear a son, and they shall call his name Immanuel’ (which means, God with us).”

Though this isn’t as difficult as Matthew’s use of Hosea 11.1 in 2.15 of his Gospel, even still Matthew isn’t prooftexting here. He’s telling us who truly fulfills this statement. How does Matthew know Jesus is the true ‘Immanuel’? Because God raised Jesus from the dead. In essence Matthew is saying, “You want to see the Davidic Prince? You want God to be with us? Here he is. Jesus is Immanuel, and you must believe in him.”

But what happens if the people don’t believe? What if their hearts are hardened and they are deaf and blind like their idols? Matthew has some of the strongest language toward those who refuse to believe in Jesus:

“I tell you, many will come from east and west and recline at table with Abraham, Isaac, and Jacob in the kingdom of heaven, while the sons of the kingdom will be thrown into the outer darkness. In that place there will be weeping and gnashing of teeth” (Matt 8.11-12; cf. 22.13; 25.30).

Matthew expects the reader to see Israel’s story in the name “Immanuel.” King Herod hardens his heart when he hears about the birth of Christ. Even the scribes, the Pharisees, and Israel herself reject Jesus. They are imitating the hardened kings (like Ahaz) and forefathers from years before. Once Israel responds to Jesus with rejection, Jesus begins to speak in parables in Matthew 13 (and quotes Isa 6.9-10). As a result, Israel’s heart is hardened all the more, just like in the book of Isaiah.

Immanuel, who will save Israel from their sins, is the final and ultimate expression of God’s judgment on an unbelieving nation. And the disaster that occurred on Israel in 586 BC under Babylon would be reseen under the Romans in 70 AD (Matt 24).

Isaiah 9.6-7, “For to us a child is born, to us a son is given; and the government shall be upon his shoulder, and his name shall be called Wonderful Counselor, Mighty God, Everlasting Father, Prince of Peace. Of the increase of his government and of peace there will be no end, on the throne of David and over his kingdom, to establish it and to uphold it with justice and with righteousness from this time forth and forevermore. The zeal of the Lord of hosts will do this.”

What About the Virgin Birth?

Neither Matthew nor Luke give much explanation about the virgin birth because it’s not as important as the rest of the story. How do we know Jesus is God among us? By his birth? No, because of the way He lived.

In the Greek religion, many gods and demi-gods were born from virgins. Perhaps Matthew and Luke don’t pursue the conversation because they don’t want to associate Jesus with the Greek pantheon. Jesus was born differently than everyone else, and he lives differently than everyone else. He perfectly upholds the kingdom  of God on his shoulders with justice and righteousness.

Watts’ point is that there is a historical context to what is going on in Isaiah 7-9. But, typologically speaking, there is a child who will come and will bring a greater judgment if he is rejected. He is Immanuel who is God among us, and to reject him is to bring God’s judgment upon yourself. It is only fitting that Mary was a young, unmarried (though betrothed), woman who would give birth to a child while still a virgin.

I think Watts provides a compelling case in reading Isaiah’s prophecy through Matthew’s eyes. Many commentators have spent more time looking at the role of the virgin plays between Isaiah and Matthew rather than the role of Immanuel. I think Watts does a good job at keeping his eye on what was important to Matthew. I’d like to hear your thoughts about this. Does this seem to be a better interpretation? Or do you think Isaiah was prophesying about the coming Messiah? Watts’ conclusions are compelling, but perhaps you have a better perspective?

One thought on “The Virgin Birth in Matthew”