Following Scott Christensen’s What About Free Will?, last time I looked at libertarianism and its biblical support.

I will take a brief look at what compatibilism is and at the biblical support for it.

“that divine determinism [that God determines everything] is compatible with human free will. There is a dual explanation for every choice that humans make. God determines human choices, yet every person freely makes his or her own choices. God’s causal power is exercised so that he never coerces people to choose as they do, yet they always choose according to his sovereign plan. People are free when they voluntarily choose according to their most compelling desires and as long as their choices are made in an unhindered way. While God never hinders one’s choices, other factors can hinder people’s freedom and thus their responsibility. Furthermore, moral and spiritual choices are conditioned on one’s base nature, whether good or evil (i.e., regenerate or unregenerate). In this sense, one is either in bondage to his or her sin nature or freed by a new spiritual nature.” (254)

Christensen shows that, since all are (or were at one time) dead in sins (Eph 2.1), our wills were not free. Instead, they are/were slaves to our sinful nature.

Jesus answered them, “Truly, truly, I say to you, everyone who practices sin is a slave to sin.” (John 8.34)

They promise them freedom, but they themselves are slaves of corruption. For whatever overcomes a person, to that he is enslaved. (2 Peter 2.19)

“Sin constrains the will from choosing what is truly righteous, and yet many are unaware that such constraints exist because they freely choose to act in accordance with their sinful desires. The Son of God came to set people free from this spiritual bondage” (85).

God doesn’t choose people for salvation without those individuals’ also exercising their wills to obey God’s command to act in faith and repentance. God effectually calls them to salvation, and they in turn call on him for salvation (Joel 2:32) (103).

Compatibilism seeks to explain why we make the decisions we do. 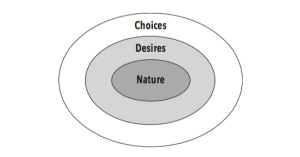 A Few Texts of Biblical Support

“But thanks be to God, who put into the heart of Titus the same earnest care I have for you. For he not only accepted our appeal, but being himself very earnest he is going to you of his own accord.” (2 Cor 8.16-17)

Paul has a love for the Corinthians, and he knows that God that same love into Titus’ heart because he is choosing to go to the Corinthians himself. He is not avoiding them or neglecting them. He too loves them like Paul does, and Paul attributes that love as being from God.

“Consecrate yourselves, therefore, and be holy, for I am the LORD your God. Keep my statutes and do them; I am the LORD who sanctifies you.” (Lev 20.7-8)

God commands Israel to consecrate themselves, to cleanse themselves, to work and progress toward keeping themselves pure, and they are to do so because Yahweh, who rescued them from the terrors of Egypt and who loves them, is their God. But at the same time, he is the one who sanctifies them.

“Christ promises to “present” us one day as “holy and blameless and above reproach” in his very presence (Col. 1:22). And yet this promise, though certain, is predicated upon the fact that the believer must “continue in the faith, stable and steadfast, not shifting from the hope of the gospel that you heard” (v. 23). The ends are promised only by way of the prescribed means, and both the ends and the means are wholly directed by God” (95).

Philippians, the letter most often characterized by joy, attributes both our own efforts and God’s efforts towards righteous living in our Christian life.

1.6, And I am sure of this, that he who began a good work in you will bring it to completion at the day of Jesus Christ.

2.12-13, Therefore, my beloved, as you have always obeyed, so now . . . work out your own salvation with fear and trembling, for it is God who works in you, both to will and to work for his good pleasure.

God is working in us, not only to work and live in a way that pleases him, but he is even working in us the will to please him. He doesn’t force this upon us. He comes alongside us, works in us, and we want to do this. “Without the prior ‘work’ of God within, there is no ‘will’ in us to ‘to work for his good pleasure’” (96).

Joseph and His Brothers

As for you, you meant evil against me, but God meant it for good, to bring it about that many people should be kept alive, as they are today. (Gen 50.20)

God didn’t have to fix what Joseph’s brothers did to Joseph. He did not fall asleep only to wake up to the promised ruler being beat, sold off, and brought to Egypt. In some mysterious, paradoxical way, the process through which Joseph would be second-in-command over Egypt, a position where he could save and feed many, was meant by God to be good, even though Joseph had to go through evil. God intended the whole situation for good. 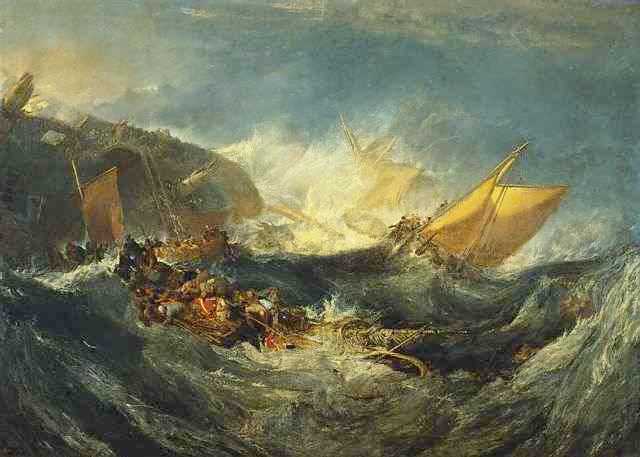 When neither sun nor stars appeared for many days, and no small tempest lay on us, all hope of our being saved was at last abandoned. Since they had been without food for a long time, Paul stood up among them and said, “Men, you should have listened to me and not have set sail from Crete and incurred this injury and loss. Yet now I urge you to take heart, for there will be no loss of life among you, but only of the ship. For this very night there stood before me an angel of the God to whom I belong and whom I worship, and he said, ‘Do not be afraid, Paul; you must stand before Caesar. And behold, God has granted you all those who sail with you.’ So take heart, men, for I have faith in God that it will be exactly as I have been told. But we must run aground on some island.”

Here Paul received a message from an angel that those on the ship would survive. Sounds easy enough. But trouble arises in vv 29-30 where they feared they might run onto the rocks and sailors were trying to escape the ship. Did Paul say, “No, the angel said we would all make it!”

No, in v31 Paul speaks to the Centurion and says, “Unless these men stay in the ship, you cannot be saved.” Then the soldiers cut away the ropes of the ship’s boat and let it go (v32). And after having not had food for 14 days, Paul tells the men to take some food for it would give them strength, “for not a hair is to perish from the head of any of you.”

Paul trusted God’s word that came through the angel. And because of that promise, he acted in faith.

My next post will have texts upon texts of support for the compatibilist position. But if I post them all here, this will scrape the sky. You’ll simply have to wait until next time! 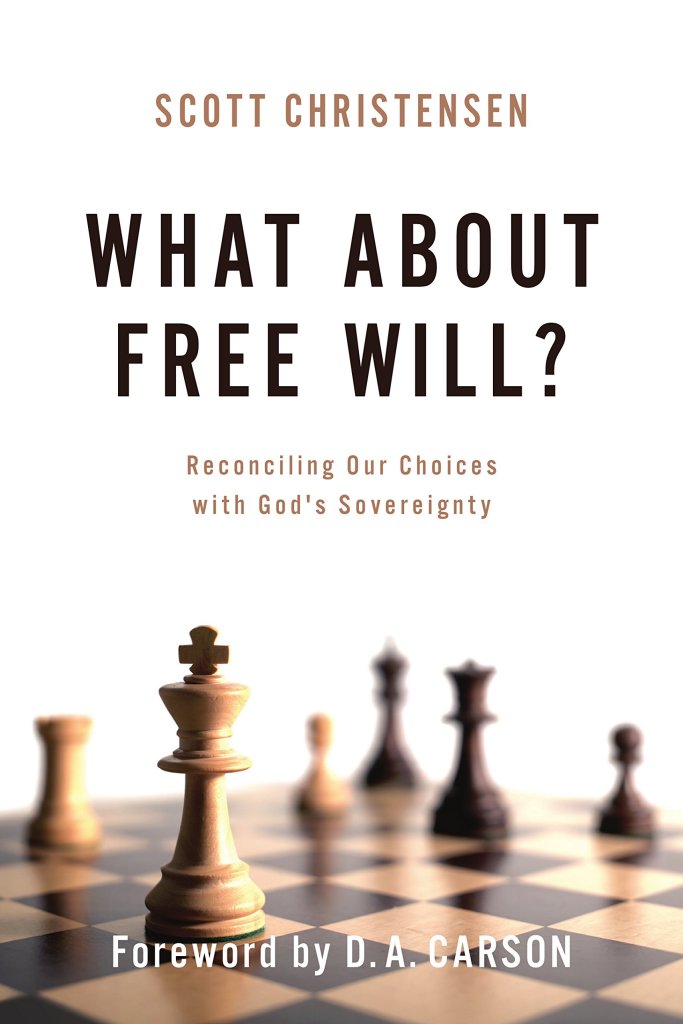 One thought on “Compatible Free Will”