Ephesians 2.1-3, “And you were dead in the trespasses and sins in which you once walked, following the course of this world, following the prince of the power of the air, the spirit that is now at work in the sons of disobedience— among whom we all once lived in the passions of our flesh, carrying out the desires of the body and the mind, and were by nature children of wrath, like the rest of mankind.”

After telling the Ephesians that they were dead in their trespasses, that they deliberately walked in their sins, they followed the spirit at work in the sons of disobedience, and they lived according to the passions of their flesh, the desires of their body and mind, just like the rest of mankind they deserved God’s wrath – by nature. They were born into it. It was natural for them to live a life that deserved God’s wrath. That’s not something you’ll hear on Dr. Phil. 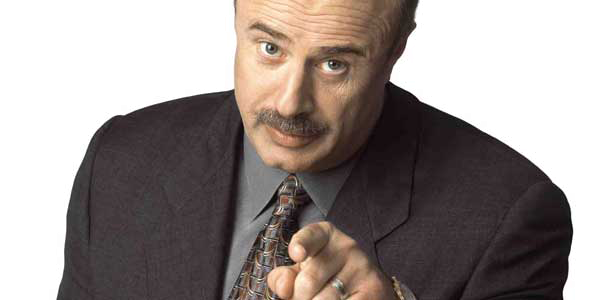 Now Paul rightly understands that . . . the whole world, both Jew and Gentile, stands condemned before God apart from Christ . . . If he had simply said that “we were children of wrath,” it might be supposed that this was a state humans happened to fall into or could climb out of themselves, but when Paul says that this state belongs to all “by nature,” he is saying that all—excepting only Christ Jesus . . . were conceived in sin” (152).

We were not “dead in our trespasses,” but we still had enough good moral capacity to choose Christ. We were dead weight, and we were sinking deeper and deeper into an ocean that doesn’t give up it’s dead.

In love he predestined us for adoption as sons through Jesus Christ, according to the good pleasure of his will,” (Eph 1.4-5).

This new life we have “is inaugurated in this life by an operation of the Holy Spirit . . . who somehow mysteriously brings the believer into fellowship with the death, burial, resurrection, and ascension of Christ such that Paul can say that the believer is ‘co-made alive,’ ‘co-raised,’ and ‘co-seated’ with Christ Jesus in the heavenly realms” (156).

This period flows out of what was said before and anticipates what will shortly be said. The church is God’s redeemed, prized possession (1:14), rescued out of thrall to the prince of the power of the air (2:2–3) and included in the host-given gifts out of the bounty of Christ’s victorious ascent to heaven (1:20–23; 3:10; 4:7–10). Hence, in v. 7 Paul says that the church will be the trophies of battle on display “in the ages to come” (157).

In Job 1.8 Yahweh, seated before his divine counsel, asks the adversary, “Have you considered my servant Job, that there is none like him on the earth, a blameless and upright man, who fears God and turns away from evil?”” Baugh says that the church will receive a similar, but much better, recommendation. “But by being a redeemed and washed, resplendent church (5:27), Paul says more particularly that God’s heavenly sacred treasury will be filled with the ‘surpassing wealth of his grace in kindness toward us in Christ Jesus.’” (157).

As Baugh remarks, and as I can attest, I usually hear (and have also taught) that God’s divine grace is defined as his “undeserved favor” toward us. Yet if we’re not careful, this can sound more like a friendly neighbor loaning sugar to the always-forgetful neighborhood.

“As this whole passage shows, God’s grace, which is emphasized here by putting it first in the colon* (v. 8a[, read about the importance here]), is actually God’s favor granted to those who deserve his wrath (v. 3). It is not just undeserved, as if the people whom God befriends were neutral. It is [an] act of immense favor bestowed on those who lie under God’s just condemnation as transgressors and sinners. Hence, a better quick definition is: ‘God’s favor despite human demerit.’”

One thought on “Deserving of God’s Wrath By Nature”