16For I am not ashamed of the gospel, for it is the power of God for salvation to everyone who believes, to the Jew first and also to the Greek. 17For in it the righteousness of God is revealed from faith for faith, as it is written, “The righteous shall live by faith.” (Romans 1.16–17)

After explaining how eager he is to preach the gospel of the resurrected Jesus Christ in Rome, Paul tells the church in Rome that he is not ashamed of the gospel (Rom 1.16). Why? It is the power of God that brings salvation to all who believe it. In the upcoming second edition of his Romans (BECNT) commentary, Tom Schreiner summarizes the theme of Romans 1.16–17 as, “The gospel is the saving power of God in which the righteousness of God is revealed” (63).

But just what is the ‘righteousness of God’? This is an important question to ask because “in the bulk of the letter, Paul fills in the content of this gospel so that the Romans will understand why he is so desirous to preach the gospel in Rome and Spain. The letter as a whole focuses on the content of the gospel because the gospel gives Paul boldness to preach in places where Christ is not named (Rom 15:20–21)” (63). 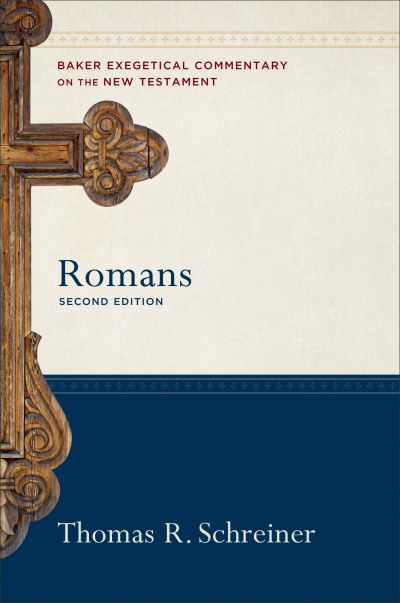 Buy it from Baker Academic or Amazon