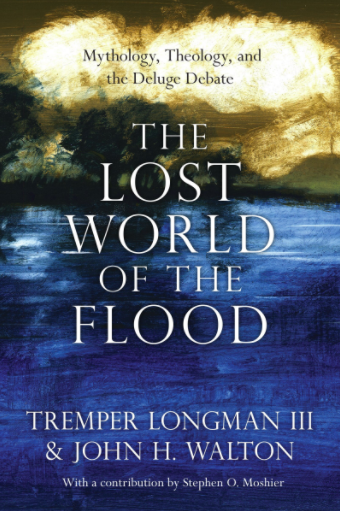 Again, the devil took him to a very high mountain and showed him all the kingdoms of the world and their glory. (Matthew 4.8)

…And distributed among all the people, the whole multitude of Israel, both men and women, a cake of bread, a portion of meat, and a cake of raisins to each one. Then all the people departed, each to his house. (2 Sam 6.19)

And the waters prevailed so mightily on the earth that all the high mountains under the whole heaven were covered. (Gen 7.19)

Was the Flood a local flood or a global flood? Does the Bible every use hyperbole? If so, can we still consider it inerrant? Does the physical earth show proof of a global flood? If it doesn’t, does the Bible remain trustworthy? Can it be possible that a local flood is hyperbolically represented as covering the whole earth to represent God cleansing the whole earth and starting over? That is what Tremper Longman and John Walton argue for in The Lost World of the Flood: Mythology, Theology, and the Deluge Debate.

The authors argue that rather than using Mesopotamian flood sources, the Israelites sat within a “cultural river” of beliefs on the flood. The authors believe a flood really did happen, as can be seen in the writings of many cultures (e.g., the Epic of Gilgamesh). However, they don’t believe in a worldwide flood, and we can’t know which flood lays behind the Noah story.

Yet doesn’t Genesis 7–8 state that the whole world was covered by water (7.21; 8.9). Enter part one (method): “perspectives in interpretation.” The Bible is an “ancient document,” which means very old. This is obvious, but it is easy to forget that people thousands of years ago thought differently than us moderns. When it comes to storytelling and history, since nobody wants to hear every detail, certain aspects must be carried along while others are left behind. Genesis uses rhetorical devices to interpret history for us. God shaped and fashioned an ordered creation; man corrupted it and brought disorder.

But the way this is told is put into a story, one that, according to the authors, uses hyperbole. This will be the most contentious part of this section, since the thought of the Bible using exaggeration seems out of the bounds of a literal interpretation. However, Longman and Walton seek to place the Bible in its historical context, and exaggeration was common among other ancient writings (just as it is today: “But, Mom, everyone is going to the concert. I will be the only one stuck at home all night long!”).

Though which details are actually exaggerated will be debated, exaggeration emphasizes the authors point. The teenager above may have different reasons for wanting to go to the concert (fitting in, having something to talk about at school, favorite band, not wanting to be bored at home while playing cards with Aunt Tina), but Mom knows exaggeration is being used. Readers 1,000 years from now might not know this is exaggeration unless they have read other writings from our time. For the authors, the exaggeration lies primarily in the (over)size of the ark and the extent of the (global) flood.

In part two (background) the authors looks at the flood stories in other ANE texts to understand the similarities and differences between them and the Genesis text. Part three (text) provides five chapters/propositions on what the flood story (Gen 7-9) and the surrounding texts (6; 10-11) tell us about God and man and that no matter how many times man undermines his ordered presence, God will set his ordered presence among his people (cf. Rev 21-22). Examples are seen through the events of the sons of God intermingling with women, the flood, and the tower of Babel. 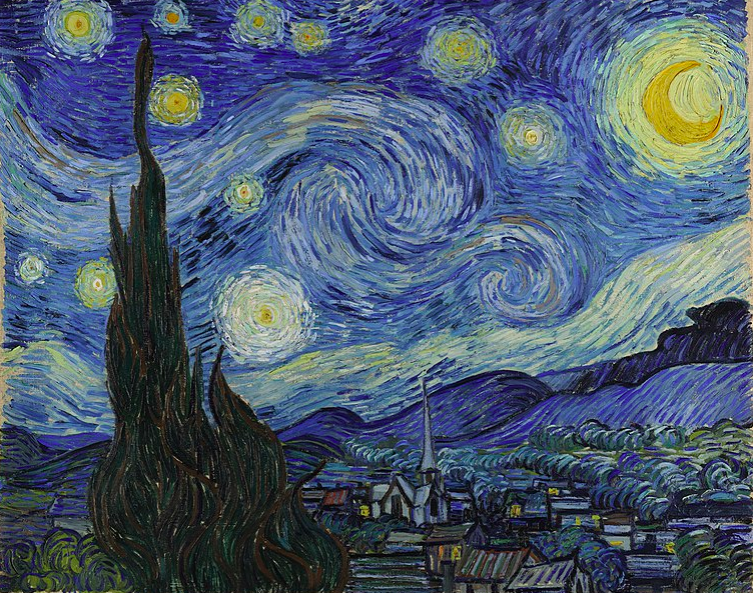 Van Gogh’s “The Starry Night” represents a real starry night, but it would be madness for us to try to figure out which part of the night sky Van Gogh was looking at for inspiration. In part four (world), the authors write that while the flood story is based on a real event, it was local flood that is not supported by the world’s geology (a chapter written by geologist Stephen Moshier). The fact that there are other flood stories does not prove that there was a worldwide flood, but rather that many lived within the cultural river of knowing there was a great flood. (See Michael Heiser’s post on how to argue biblically for a local flood).

What if there really was only a local flood? The authors argue in the final chapter that science can purify religion and religion can purify science. What they mean is that the Bible was not written to teach us about science but about God and how we can come to know him through Jesus Christ. Galileo taught us that the earth revolves around the sun, and science should not conflict with the Bible. As with Galileo, the authors argue we should go back to the Bible to see if we understood it correctly. On the other side, science is not “the sole arbiter of truth” (175). Not all scientists think it is, but both Dawkins and Hawking spoke incorrectly about religion, embarrassingly so.

I appreciated the authors’ short discussion on the clarity of Scripture. The Bible is clear as to the way of salvation, but that does not mean that all Christian can understand all parts of Scripture just by simply reading the Bible. Even our translations disagree on how to translate certain verses of the Bible. This should not put us into a tizzy. We must mine the Scriptures for wisdom and knowledge to know the God who created and saved us.

In the preface the authors say that they aren’t trying to offer the “single ‘correct’ interpretation” of the flood. There is much more that could be said than what they say in their book. They aim to relay to the reader what the Bible is speaking. Their goal is not to “convert” nor even to “persuade” their readers to their view. Rather, they want to bring this information to the reader to show them another perspective, or perhaps more information about a perspective they already hold.

However, three times in their book the authors are reveal their hands and play the card of condescension. They say that those who try to rationalize the size of the ark make “rather stretched (to be kind) explanations” and “only the most gullible can possibly believe all of the exceptional conditions that are needed to understand the description of the flood story as anything but hyperbolic” (39, emphasis mine). They later argue “that the New Testament authors (and Jesus himself) were sophisticated enough to understand that [the Genesis story refers to a hyperbolically worldwide flood] (even if some modern readers are not)” (99). If the authors are only presenting their side, then why the dig? (See also page 26 where the authors mention intelligent people who believe in the literal seven days even when there were no celestial bodies, but how they may be “too intelligent (or clever)).”

This does only happen a few times, but the authors may “hope that at least [they] have shown how [their] particular interpretation is the result of faithful interpretation,” those small digs will only serve to distance those “readers who cannot accept our [Longman and Walton’s] findings” (viii).

Is this book dangerous or unorthodox? No. The authors make a good attempt to reconcile the Bible with science, but I don’t think they will convince many unless those readers are already heading in that direction. If this is the first book you read in the “Lost World” series, 180 pages won’t be long enough to convince you of the authors’ view of biblical inspiration and authority. One ought to read Walton’s The Lost World of Scripture for a more complete work. If you’re interested to read a book on the local flood by two well informed scholars, or if you’ve been following the “Lost World” series, then you should start here. If you hold to a global flood and aren’t bothered by a few digs, this book is a good discussion tool and will still help you to see the theological point of the flood and of Genesis 1-11.

Disclosure: I received this book free from IVP Academic. The opinions I have expressed are my own, and I was not required to write a positive review. I am disclosing this in accordance with the Federal Trade Commission’s 16 CFR, Part 255 http://www.access.gpo.gov/nara/cfr/waisidx_03/16cfr255_03.html.

One thought on “Book Review: The Lost World of the Flood (Longman and Walton)”